One of the most outstanding Polish pianists and professors, laureate of five international piano competitions.

He completed piano studies at the Frederick Chopin Music University in Warsaw in the class of prof. Jan Ekier. The opportunity of having artistic contact with Arthur Rubinstein and Witold Lutoslawski also had a huge impact on the final development of his artistic personality.
His success achieved at the 8th Frederick Chopin International Piano Competition opened to Piotr Paleczny the doors of many prestigious world concert halls. Receiving, in company of Garrick Ohlsson and Mitsuko Uchida – the Third Prize, the Special Prize for the best performance of a Polonaise and the Witold Małcużyński Prize his career, which the artist has enjoyed constantly until now performing concerts on all continents.
He performed as a soloist with such prominent orchestras as the Chicago Symphony, Concertgebouw, Royal Philharmonic, BBC Symphony Orchestra, Gewandhaus, Tonhalle Orchester Zürich, RAI, Santa Cecilia, Orquesta Sinfónica Nacional de Mexico, Orquesta Sinfónica Nacional de Argentina and Orquesta Nacional de España….

He has gained a great recognition as a juror at the prestigious international piano competitions such as those organized in Warsaw (seven last editions of the Chopin Competitions), Leeds, Moscow (Tchaikovsky), Paris, Tel Aviv, London, Cleveland, Geneve, Toronto, Seoul, Salt Lake City, Minneapolis, Hamamatsu, Montreal, Santander, Tokyo, Sendai, Taipei, Weimar, Manchester, Los Angeles, Hilton Head, Takamatsu and Shezhen.
In July 2007, he led the Jury works at the distinguished piano competition in Cleveland, thus he was the first and only Pole invited to fulfill a function of Jury chairman at the USA international piano competitions.
On 5 November 2001, Piotr Paleczny was invited to be a soloist of the extraordinary Gala Concert to commemorate the 100th Anniversary of the Warsaw National Philharmonic Orchestra.
Since 1993 he has been Artistic Director of the world’s oldest existing piano festival – the Duszniki International Chopin Piano Festival and since 2004 he also is the Artistic Director of the International Paderewski Piano Competition in Bydgoszcz.

In 2015 the National F.Chopin Institute has released highly awaited the latest CD recorded by Piotr Paleczny – all Chopin recital which became a huge success among critics and the audience.
Piotr Paleczny conducts the piano class at the Frederick Chopin University of Music in Warsaw. His students have already won dozens of awards at the international and national piano competitions.
Currently he is also Professor at the Talent Music Academy in Brescia, Italy.
In March 2017 Piotr Paleczny was awarded with prestigious Diploma and Title of Honorary Professor of the F.Chopin University of Music.
In April 2017, the Board of the Polish Phonographic Academy, in recognition of his artistic achievements, awarded him with the prestigious ‘Golden Fryderyk’ Award.

In September 2018 Piotr Paleczny received a very special award – The C.K. Norwid Prize „The Work of Life”.
The artist is honored with many superior and prestige Polish and foreign medals such as the Commander’s Cross of the Order of Polonia Restituta and the Mexican Order of the Aguila Azteca.
In September 2005, Piotr Paleczny was awarded the “Meritorious for Culture – Gloria Artis” Gold Medal. 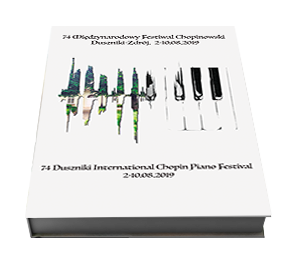